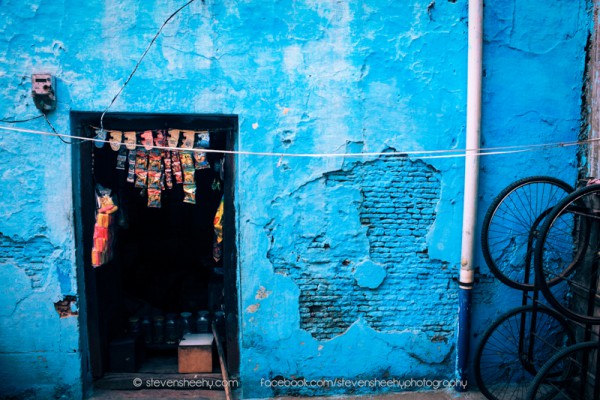 A man driving a Mercedes honking his horn at a bullock cart to persuade it loudly to give way is not just a funny sight. It’s a real life picture you experience on the crazy Indian roads daily.I arrive in India, a country of such stark contrasts of culture and tradition that it’s unlike anywhere else I’ve been. Each city is a different country. My first stop is the historical and magical city of Varanasi, possibly the most revolting and dirtiest place I’ve ever seen. Brace yourself for culture shock….

Culture shock #1. In this city people come to die. Its seen as good luck to die close to the Ganges and its not just the humans that are knocking off. The streets are filled with dying goats, malnurished litter eating sacred cows, dead rats mice dogs puppies, severed armed monkeys and more unmentionable creatures.

And no one even seems to mind. Simply step over animal remains and be careful not to step in shit.

You can take a scenic boat along the Ganges to witness all this dying first hand. We rise at the early hours of 5am.It was still almost completely dark when we started. As we made our way down, I could see that we were approaching flames. The boat man pointed and said, “Burning Ghats- no photo.” Culture shock #2.

You know it’s coming, but you don’t realize how exposed it is until you actually see it. Right there on the side of the Ganges, bodies are cremated and their ashes are poured into the river. The burning smell and ash coat your healthy lungs and provide a wall of dirt around your face. (Antibacterial gel is a must) Corpses that aren’t cremated — like those of pregnant women and children — are wrapped and set out to decompose in the river. We see them float by like a plastic bag.

As the sun rose, I began to see the bathing. Culture shock #3. I’d seen the animal feces, the burning bodies, the sewage, and general trash of the Ganges, but none of that could prepare me for actually seeing indian people submerge themselves in that water.

And, as my mouth hung open, those who were bathing in the river stared at me with their mouths agape, all those lovely juices of the river dripping slowly from them.

The red ball sun was gorgeous as it rose, filtered by the smoggy air. Silhouettes of birds in flight added to the spectacular image. But I found it hard to reconcile the lovely setting with everything else. There’s a beauty to the act of bathing as a sort of spiritual cleansing, but I couldn’t look past the potential hazards of it for the people and why oh why anyone still believes there’s anything sacred in these waters…

Pros: A weird indescribable peaceful vibe in some parts of the city, like no where I’ve been before, Blue lassi man, rooftop cafes to escape the madness

What Every Traveller Needs To Know About India

What Every Traveller Needs To Know About India